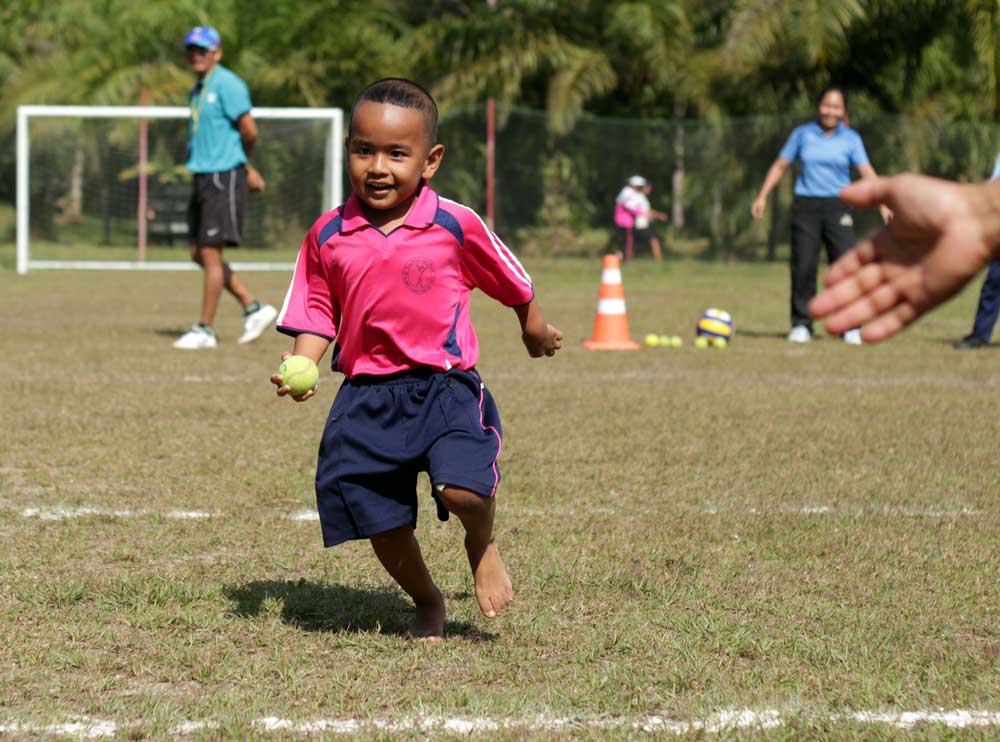 To Be Your Best Group from Dubai (2 December)

Khun Andy brought his friends back to Yaowawit for a full-day event filled with various sports activities. With the spirit of To Be Your Best (2BYB), the group challenged Yaowawit’s children to compete in the sports that the children themselves often play. Thus, the tournament began in the afternoon.

The first match was sack racing. Our children won it all because their skinny, quick legs wrapped in the sacks could carry them to the finish line at full speed. The second match was rope pulling. The children had no chance of winning and lost. The third match was coconut branch pulling, done with a mix of paired competitors as it was also a friendly match. Coconut branch pulling is a common traditional sport in Southeast Asia in which one sportsmate sits on one end of the branch, and the other mate pulls it on the other end. The final match was soccer, which Yaowawit’s children also won as they managed to endure their stamina for the 90-minute session in the heat of the summer sun.

The overall winning score for the matches was 2 to 1. Yaowawit’s children defended the championship. The whole tournament was a fun experience for both the group and the children. If your group also wants to do such a full-day event at Yaowawit, please let us know at info@yaowawit.org. Sports activity can be selected to suit your group.

Today Khun Chompoo and her group arrived at Yaowawit in the afternoon. Khun Chompoo is a famous movie and soap opera star in Thailand. She first came to Yaowawit in 2015 and focused her talk on organic farming. However, this time her talk was on waste management.

In the morning of that day, our primary school students joined her group in Khao Lak and together walked along the beaches to collect garbage. Some of the garbage were brought to Yaowawit as a sample for a demo in a talk with the children on how to separate garbage based on its reusable materials, like bottles and plastic items, and on how carelessly disposed garbage could bring negative consequences to the environment. The talk also emphasized that the children had to play an active role in taking care of cleaning up the area around them like their dorm rooms, classrooms, playgrounds, or gardens.

This CSR event was sponsored by Mercedes-Benz, KOL Sharing, and YOLO Zero Waste Your Life. If your organization also plans to hold such educational event for children, please contact us at info@yaowawit.org. Yaowawit is always looking for new partnership that gives the children new educational experience.

Today schools across Kapong district held a sports day in which each school had its own tournament. In the morning an official ceremony in Kapong’s soccer field started the event, which was followed by a students’ parade around the town. A group of Yaowawit’s students also took part in the opening ceremony and parade. When they arrived back at Yaowawit, Yaowawit’s tournament began.

All participants including the cheering teams were divided into two groups, pink and blue. The groups competed in various sports matches from sack racing to sprinting and from volleyball to soccer. The sports activity gave the students, staff, teachers, and volunteer teachers a chance to work together as teammates to beat their opponent.

Aside from competition, the sports event signified teamwork and comradery for a common goal. Above all, it was a fun time to be together doing sports outdoors and building a bond as one Yaowawit’s family outside of any classroom setting.

This group consisted of eleven friends who were mostly former students at International Christian School Hong Kong has come to Yaowawit several times for over three years. The members of the group are more than 20, but mostly could not come to Yaowawit this time because of overlapped university schedules. On the contrary, this time the parents from one of the group members joined in as they were also interested in knowing more about Yaowawit.

As preferred in the previous year’s visit, the group also requested more time on activities with the children. Some of them had got to know the children closely. Spending more time with their little friends would be more rewarding for them. Therefore, the activities were customized to suit the request. The group split up into different smaller groups, which were placed in different classrooms assisting the daily teaching sessions. In the afternoons they would play various sports with the children. In the evenings, some would read books with the children, and others would assist the children in practicing music in the music room. Furthermore, this group also attended the permaculture session in the farm, took part in dance, cooking, and tea making classes, and went on a trip together with the children to nearby beaches.

The experience had been a learning moment for both our children and the group. After doing many activities together, saying goodbye was hard. But the group will come back again to visit their little friends at Yaowawit next time. If your group also wants to visit our children for various social, educational, and interactive activities together, please contact us at info@yaowawit.org. Yaowawit’s experience is guaranteed to be fun and new learning moments for you and our children.

Unlike any other days in Yaowawit’s Christmas parties, today the morning began with a solar eclipse. The excited children, running around with friends as Christmas songs were echoing loudly in the theatre area, got quite scared when the bright morning day gradually turned dim. There was a rumor circulating among the kindergartners that Santa’s gigantic sack of presents was blocking the sun.

The teachers quickly eased the worried kindergartners by explaining that it was just a solar eclipse. Furthermore, the classroom TV was switched on to show the children about the solar eclipse observation progress across Thailand. Then the children went back to preparing the costumes for the Christmas shows.

By the time, the Christmas party started the solar eclipse had passed. The children took to the stage and performed their shows. Their friends in the audience also contributed to the shows with a performance by flute. That was the time when “An die Freude” was heard with such familiarity. Other shows then followed. As the children clapped their hands show after show, the most awaited Santa Claus with such a booming voice finally appeared on the stage.

The kindergartners who were on the front row cheered for Santa.

The opening ceremony of the Scout training was performed in the soccer field early in the morning. After a tribute was paid for the father of Thai Scouting, King Rama VI, the school director gave a speech on the significance of the Scout training in relation to character building and self-discipline. The participants were Grades 4, 5, 6, and the teachers.

The training in jungle survival took place in the woody area of Yaowawit’s farm and progressed into the afternoon. After that, the Scout members took a long hike around Kapong and stopped at several stations where they had to show their survival skills in building a tent, cooking, and tending injuries by using limited items brought along with them and usable items they could find in their immediate surroundings.

The evening event focused on talent shows and self-confidence as the Scout members had to perform individually in front of their peers. That night they slept in the tents that they had erected earlier. Early in the next morning when the fog still engulfed the valleys and the tents, the Scout troops woke, showered, and cooked their breakfast. Afterward, some more training on resilience and bravery took place near the gate where each Scout member also had to pass through the Tiger’s Mouth of Final Passage, which also marked the end of the training.

Yaowawit hopes such training will continue to make our students persevered, resilient, and confident individuals in the face of difficulties. 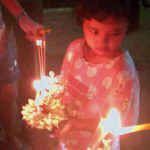 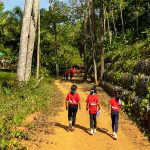